Tanya shares her experiences with the CONCORD NEO buggy:'Hi, I'm Tanya. Mother to Milo who is 20 months old. Today I'm going to review the Concord Neo. Overall I was pretty happy with it. When I first received the buggy I was concerned that it was going to be too flimsy. But having used it for a few weeks I find it to be a good balance between being too heavy and too light. We traveled with it so I fold it quite a lot, which was pretty handy. I liked that it folded in either one or two pieces. The problem that I had with folding it was that to fold it right down, the seat needs to be in a fully reclined position. When I was doing that it will quite often get stuck on the brake cable. That wasn't a major problem for me. A bigger problem for me however was that after the first fligt, the material already started fray, which make it seem a bit cheap. Having said that, there were plenty of positives. In particular it felt very secure and safe, I liked the 5-point harness and the brake worked really well. Even on steep hills. Milo was very comfortable in it, he slept well in it and he looked the most comfortable I have ever seen him. It was also comfortable for me to push. The basket at the bottom was spacious and the raincover worked really well. I discovered when we got caught out unexpectedly in a rain poor that the material itself was very water-resistant, because I just wiped it down and then it was dry again. So I was pretty happy with that! So overall; I probably won't use it for myself because I travel too much. But for somebody who is looking for a kind of a good, medium weight pram, if they are not going to be travelling too much or be too hardy with it, then it's a pretty good product. Hope that helps, bye!' - reacties 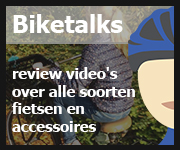